Welcome to my adventure of 36 (and a half) hours!

10:30 PM Tuesday (December 6): Marian rushes me to Portage Health emergency room after two and a half hours of "pouring forth" from nearly every orifice. Sweats, shakes, spiking fever all coordinated in a symphony of misery. Amanda had to call Marian home from league bowling to bring me to the hospital. On the scale of 0-10, the pain was a clear 9+.

It took a couple of hours for the staff at Portage Health to get the pain, nausea, and especially the shakes under control. After many tests, it has been decided that I had an attack of pancreatitis. The cause of the attack remains unknown, however suspicion is centered on a can of clam chowder (not expired) I had for supper -- about an hour before my attack began.

At 11:00 AM Today (December 8): Marian picked me up at Portage Health. All tests show normal values, and though quite sore (from the "pouring forth"), I am back to normal -- although a bit weary and frazzled by the experience. I received high dose antibiotics while hospitalized, but none are prescribed beyond my normal cadre of medications.

The sudden trip, to what is rapidly becoming my second home, was so abrupt and unforeseen there was no time to pack up my ancient -- yet trustworthy -- laptop. Hence, I was out of touch and "off the air" for the 36-plus hours of my little adventure. Nearly as frightening as my medical adventure was the realization of how dependent I have become on my Internet connection. I felt isolated and "cut off" from the world.

Relying on broadcast television for information meant some of that information was hours old before I received it.

Somewhere in the night, it dawned on me how ridiculous that sounds. Growing up, I had radio, newspapers, magazines, books, and the occasional TV show. Hearing or reading news that was only hours or a day old was amazing...it felt like being there. Later, television brought images and news either minutes old or even live -- but that was only on certain stories. Only newspapers brought details and a wider variety of coverage.

Then came the Internet. Originally an ocean of information...one inch deep...it became my source of choice for instant coverage of news and events anywhere in the world. It also provided an open door for me to publish my own thoughts and my own news to folks who wanted to know. 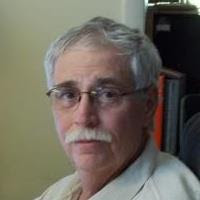 And there I was, on hiatus from my information immersion experience, frustrated beyond reason at a golden chance to rest and recover from a painful and terrifying attack. I laughed about it this morning, but I booted my computer as soon as I walked in the door at home. Guess I am hooked.

In any case, I am home and we are all once again well. I will likely be spending the next few days around the house as much as possible. Maybe I will even turn off the computer for a few hours and watch daytime TV...nah!

God bless and thank you for your prayers and good thoughts.