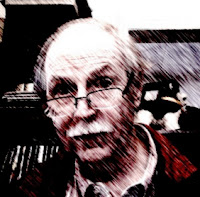 A Tale of Two Teeth

I've been de-fanged. Both of my upper canine teeth are gone. The first broke while eating oatmeal and blueberries for breakfast at Rochester Methodist Hospital. Oddly, I ordered blueberries instead of brown sugar in a misguided attempt at eating a healthier breakfast. The de-fanged part of my tooth dangled for five days, falling out into a plate of food at a crowded dinner table. No one fainted, but there were concerned looks at the meatloaf resting innocently on my plate.

The second fang also began to wiggle while in Rochester, but rattled about, loosening incrementally until yesterday morning at my dentist's office. She was asking if I needed Novocain when the remarkable thing popped off into her hand. I felt I had been abandoned, as though I was a sinking ship.

I find it ironic that, as I become less and less physically able, I grow more and more to resemble a hockey player when I smile.

Both teeth broke at or below the gum-line so the roots had to be capped. All drilling and filling was done without Novocain. This was not my first anti-painkiller rodeo: I had seven teeth drilled and filled while a student at MTU, by Dr. Aldrich in Hancock. He charged $7 each if you didn't require Novocain. As a student suffering dental problems, the price seemed right -- and I had a secret weapon -- my white room.

As a very young child, I learned to go to my white room, where I could observe intense pain, even sense it, but would not be directly impacted by it. The white room is in my Great Library and has seen a great deal of use in the last five years. The white room preexisted my Great Library. I first went there when, at 18 months old, my hands and feet were badly burned by boiling water. I go there now when the powerful medications I take cause distress or when the pain in hands and feet from peripheral neuropathy grows too intense to be blunted by a single 500mgTylenol.

It's not a perfect solution, of course. Graft vs Host Disease has managed several times to generate levels of pain that pushed past my defenses, and left me screaming until multiple injections of morphine and, later, fentanyl gave me peace. Fortunately, those instances are rare, but they have given me perspective to let me relegate daily aches and pains to their proper levels.

What, if anything can you take away from my toothy tale? Consider this: After the last couple of weeks, my bark is truly worse than my bite…