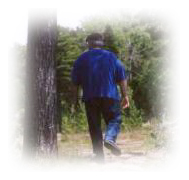 Chicken Fat?
I was busy washing dishes from supper -- yes, I DO DISHES -- and I heard, “Go, you chicken fat, go!” coming from the television in the living room. I hurried from the kitchen to catch the last few strains of what sounded like Robert Preston’s voice singing music and lyrics by Meredith Willson (of Music Man fame). The flashback was instantaneous.

Suddenly, I was a whole lot shorter and doing calisthenics indoors at school, because it was raining outside. A record was blaring from one of those utilitarian record players in a heavy gray box, and for about ten minutes or so, we would try to do whatever Robert Preston told us to do. Our grade school teacher (Mr. Neinas) was playing a record called Go, You Chicken Fat, Go! It was funny for the first few minutes on the first day. After that, we prayed for good weather and access to the playground.

I don’t remember President Eisenhower advocating for physical fitness, but I understand he started the President’s Council on Physical Fitness and Sports when I was five years old. I always thought it was President Kennedy who prompted the whole exercise thing. Apparently, they were worried that television was going to create a nation of couch potatoes. To me, it was simply gym class in grade school...on the cheap.

I’ll bet there are folks all over the country tonight, wondering what the television images have to do with chicken fat, or the tortoise, or the hare. When exercising as a kid, I remember thinking that I was neither “chicken” nor “fat,” and  I remember waiting for the final word: “Dismissed!” If you don’t remember, it might help to listen to the full routine at: http://mp3bear.com/robert-preston-chicken-fat.

Wheeze
An asthmatic kid with a penchant for reading instead of running, I was out of breath and wheezing like a steam engine by the end of the record. However, like most kids of that era, I spent more time outside than inside -- except during late summer, when my allergies flared and had to stay inside, praying for the first frost and the rapid death of my arch enemy: goldenrod.

I didn’t play with the other kids often or for long. I watched them, trying to understand what they were doing and why they were doing it. Playing silly games seemed a waste of time, when I could read exciting adventure stories or inspiring biographies of great people. It was then, at age eleven or twelve, that I began writing poems for my mom to read, based on the biographies I read and stories I made up from observing people. However, I never saw the point of Go, You Chicken Fat, Go!

I guess that’s why I remember it so well.